Exercise in a Needle 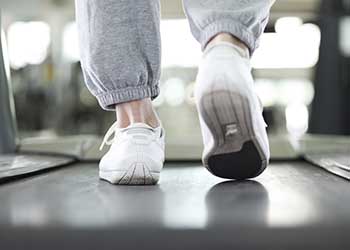 Researchers believe they have developed a molecule that mimics the effect of exercise, as a result can play a key role in fighting diseases such as obesity and type 2 diabetes. Researchers from the University of Southampton manufactured the molecule, compound 14, and their research showed that it could lead to a chain reaction that ends in the activation of the cell’s energy sensors, also known as AMPK, resulting in the cells attempting to increase their energy levels by increasing the glucose uptake and metabolism. In short, the molecule makes your cells think they’ve done exercise, while merely remaining sedentary.

The researchers put their molecule to the test by injecting two mice with it, one with normal weight, and one fed a high-fat diet to make it overweight. What they saw was little to no change in the mouse with the normal weight. However a daily dose of the molecule for seven days led to a regulated glucose tolerance and 1.5 grams of weight loss in the obese mouse.

“The issue is that established drugs [for people with type 2] do not successfully enable patients with type 2 diabetes to achieve glycemic control and some can even result in weight gain,” says Dr Felino Cagampang, Associate Professor in Integrative Physiology at the University of Southampton and the study’s co-author. Even if that’s the case this research does beg a couple of questions. Yes the study was done with mice so it remains to be seen how effective it would be with human participants. But the bigger question is; can’t you just achieve similar results by exercising as opposed to using an injection to simply mimic it?

What do you think? Do you think this could lead to something revolutionary, or could it lead to a continuing trend of a sedentary lifestyle that many people around the world have inherited?