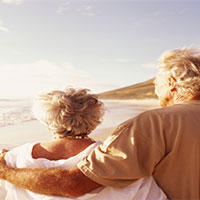 Low levels of vitamin D have long been identified as an unwanted hallmark of weight loss surgery, but now findings of a new Johns Hopkins study of more than 930,000 patient records add to evidence that seasonal sun exposure -- a key factor in the body's natural ability to make the "sunshine vitamin" -- plays a substantial role in how well people do after such operations.

Results of the study, published online Dec. 14 in the journal Obesity Science & Practice, reveal interplay among vitamin D status, seasons, geography and surgery outcomes, according to Leigh Peterson, PhD, MHS, a nutritionist and postdoctoral research fellow at the Johns Hopkins Center for Bariatric Surgery, who led the research.

Specifically, the researchers found that patients undergoing bariatric surgery in the United States during winter--January to March, the time of lowest vitamin D levels--fared worse than patients who had procedures in the summer. Similarly, patients having surgery in the north seemed to have more complications than those in the south.

"Sun exposure is critical in the synthesis of vitamin D, so the notion that people living in less sunny northern states may suffer from vitamin D deficiency is not surprising," says Peterson. "What is remarkable is how closely sun exposure, vitamin D and surgical outcomes were linked."

For the study, researchers reviewed records of more than 930,000 bariatric operations performed in the United States between 2001 and 2010. Overall, they report, post-procedural complications were rare, with fewer than 1 percent of patients developing infections. A more common outcome was spending a few extra days in the hospital, and this showed the strongest relationship with both season and geography.

The researchers found, Peterson says, a disproportionate number of those who fared worse hailed from areas north of latitude 37 degree--roughly South Carolina--than areas south of it. For example, areas north of latitude 37 degrees yielded almost 150,000 more patients with an extended length of stay -- more than three days in the hospital -- after surgery than areas south of that latitude. Considering that more than 300,000 of the operations, or over one-third of the total in the study, led to extended hospitalization, 71 percent of these surgical complications occurred north of 37 degrees.

Furthermore, the researchers noticed, adverse outcomes, such as nonhealing wounds, wound infections, wound separation and delayed wound healing, clustered in colder seasons marked by less sunshine. For example, more than twice as many patients experienced delayed wound-healing complications in the winter -- 349 patients, or 0.16 percent of operations reviewed -- than in the summer -- 172 patients, or 0.07 percent of operations reviewed.

The investigators caution that this observational study using medical records has limitations, and it is not enough to recommend the routine use of vitamin D supplements as a strategy to prevent or reduce the risk of postsurgical complications. Vitamin D supplements are often prescribed after weight loss surgery because of evidence that the operations reduce the ability of the gut to absorb the nutrient.

The investigators emphasize that further research is needed to determine the appropriate pre-emptive treatment with vitamin D in patients undergoing bariatric surgery. Experts believe that most people can and should get Vitamin D from brief, regular sun exposure, a healthy diet and possibly supplementation. While it is rare, excessive vitamin D intake can cause symptoms, such as nausea, constipation, confusion and abnormal heart rhythm. However, the researchers note, obesity is a well-known risk factor for vitamin D deficiency, and patients preparing to undergo weight loss operations should be screened for it.