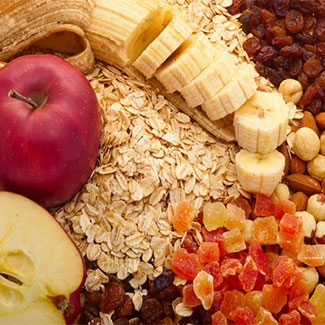 A new study in the American Journal of Physiology—Gastrointestinal and Liver Physiology  finds in mice that a diet missing soluble fiber promotes inflammation in the intestines and poor gut health, leading to weight gain. Moreover, incorporating soluble fiber back into the diet can restore gut health.

A research team at Georgia State University examined the effects of diets varying in amounts of soluble and insoluble fibers, protein and fat on the structure of the intestines, fat accumulation and weight gain in mice.

Key observations from this study are:
• Mice on a diet lacking soluble fiber gained weight and had more fat compared with mice on a diet that included soluble fiber. The intestines of mice on the soluble fiber-deficient diet were also shorter and had thinner walls. These structural changes were observed as soon as two days after starting the diet.

• Introducing soluble fiber into the diet restored gut structure. Supplementing with soluble fiber inulin restored the intestinal structure in mice on the soluble fiber-deficient diet. Mice that received cellulose, an insoluble fiber, however, did not show improvements. Moreover, in mice fed a high-fat diet, switching the type of fiber from insoluble to soluble protected the mice from the fat accumulation and intestinal wasting that occurs with excess fat consumption. The data suggest a difference in health benefits between soluble and insoluble dietary fibers, the researchers stated.

“If our observations were to prove applicable to humans, it would suggest that encouraging consumption of foods with high soluble fiber content may be a means to combat the epidemic of metabolic disease. Moreover, addition of inulin and perhaps other soluble fibers to processed foods, including calorically rich obesogenic foods, may be a means to ameliorate their detrimental effects,” state the researchers.