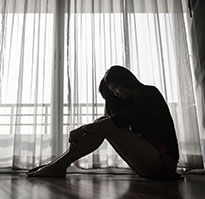 We’ve all got it. Some deny it; others broadcast it. Some inflict self shame when acknowledging it; others limit themselves because of it.Yet those who embrace it can then get to a place where healthy coping and effective treatment may occur.

What am I referring to? The answer, which may surprise some, is mental illness.

Mental illness is often misunderstood with multiple theories of etiology. And the media, horror movies, and reality TV often present extreme, incorrect, and sensational pictures of psychiatric hospitals, types of psychotherapy, and other various treatment methods. Many stories, associated with mentally ill individuals, capture instances of horrific crimes, such as rapes, school shootings, and terrorist acts. Compounding the matter is the way people with mental illness were treated in the past. Fortunately, methods have improved and progressed from the days of lobotomies and electric convulsion therapy (ECT) – which is still used in extreme cases.

However, you might be surprised to learn of some of the many functional, accomplished, and “normal” individuals who have battled a mental health disorder. People such as Abraham Lincoln, Thomas Edison, Michelangelo, Charles Dickens, Thomas Nash, Gandhi, Mark Twain, and Princess Diana all dealt with mental illness.

It is my hope to shed some light on this topic. By providing some information and perhaps a different perspective, I would like to minimize hesitation a provider might have in treating an individual with both diabetes and a clinical mental health disorder. Individuals impacted by chronic illnesses, including diabetes, are at a higher risk of having symptoms and diagnosis of mental health disorders.

It is important to start with identifying what is mental illness. According to the National Alliance on Mental Illness (NAMI), “a mental illness is a medical condition that disrupts a person's thinking, feeling, mood, ability to relate to others and daily functioning.” With advancements in technology, research has discovered information regarding neurotransmitters and brain chemistry, which impact emotions and behavior. These developments substantiate the reality that our brains, like all organs, can malfunction. A mental health disorder is just as valid as diabetes.

Mental illness can be viewed as a rollercoaster ride through the course of life. Various factors impact the ability to respond effectively. It can be safely said that we will think and behave differently according to the degrees of mental wellbeing.  Emotions, such as anxiety and depression, are produced by several variables: biological, social, and psychological. Preparing for a test or a presentation may bring on anxiety, but may not warrant a clinically diagnosable anxiety disorder.  Some may have a genetic predisposition for anxiety (a disease of the brain). Identifying the etiology can be a complicated process; but regardless of its origin, we all suffer from “mental illness.”

When is a mental health diagnosis helpful? A clinical mental health disorder can be of use when describing a cluster of symptoms.The Diagnostic and Statistical Manual of Mental Disorders fifth edition (DSM-V), similar to the International Statistical Classification of Diseases and Related Health Problems (ICD) published by the World Health Organization (WHO), is the most widely used publication to diagnose a clinical mental health disorder. This manual is a publication of the American Psychiatric Association. While a person may be nervous and anxious from time to time, a clinical diagnosis such as general anxiety disorder is not appropriate. A disorder is given if one’s ability to function is greatly impaired.

Dr. Marleen Williams, associate clinical professor, Counseling and Psychology at Brigham Young University, teaches a Mental Health Disorders course to graduate level students. On the first day of the course, as an introduction to the DSM-V, she prefaces the book by warning students that they will be reading about themselves in its pages. She informs that those who are not able to identify traits in themselves, which are associated with mental health disorders, will be harmful to patients and clients. Self awareness is encouraged. The moral of the story: our brains are susceptible to mental illness.

Although a mental health diagnosis may seem like a scarlet letter—causing some to avoid seeking treatment—by normalizing the existence of mental illness, the stigma may be eliminated. And a proper diagnosis facilitates an appropriate implementation of applicable methodologies.

Referring to a patient as a “diabetic” is basically identifying a human by a malfunctioning organ—such a label is not empowering. Just like individuals with diabetes, those with a mental health disorder do not want to be labeled by a diagnosis.

Like fingerprints, each person is different. Take time to treat the whole person and not just the symptoms.

Here are some helpful sources on this topic: