Gut Feeling: Should Probiotics be a Regular Part of our Diets? 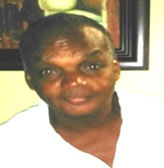 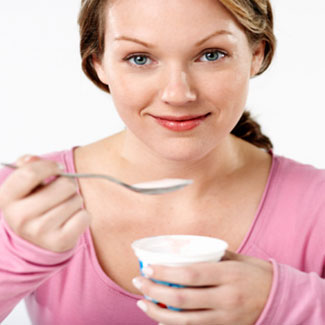 Nutritional supplements are everywhere, and many are purchased and consumed religiously by a great number of people. Are these products so popular because they actually work, or are we merely falling prey to clever marketing, hoping that at least they don’t cause us harm?

As one type of supplement that has become a popular health food trend, probiotics have received a great deal of attention.The question is whether they are truly beneficial or whether they are being used because of what we “hope” they will do for our bodies. While the research and testing of probiotics is scanty, there are certain things that our “gut feeling” can tell us about their efficacy.

In weighing the pros and cons, let’s consider what we do know about the subject. Starting with its definition, probiotics are live microorganisms, principally bacteria and yeasts. While we know of them as commercial products, probiotic microbes are actually already present in the human digestive tract (affectionately referred to as the gut) and are said to number in the trillions. The word probiotic literally means “for life” (or that which favors or promotes life) and these organisms are known as “good” bacteria. The interaction between good bacteria and the human gut is called probiosis because it results in life-promoting consequences for both the bacteria and humans.

In this case, the human body provides its “guests” a host environment in which they can thrive, supplying the bacteria with a carbon source (carbohydrates) that gives them the energy required for survival. On the other hand, these carbohydrates have to be broken down by bacterial enzymes in order to be digested by the human host, so it is a win-win situation for the two of them. Sort of a “you scratch my back and I’ll scratch yours” relationship.

This symbiotic, or mutually beneficial, “understanding” between microorganisms and humans is complicated and depends on factors such as the individual’s gut flora (the unique mix of microbes that each of us has in our digestive tract); his orher diet; and even the part of the world where that person lives (which, based on culture, determines the types of food consumed). It is also influenced by the characteristics of the bacteria themselves, with different strains and species of these microbes needing different intestinal environments for their own survival.

The gut flora also have a special relationship with the brain. Communication between the two is critical for maintaining balance, or homeostasis, to promote good health. This “gut-brain axis” consists of an intricate communication network that includes nerve transmitters and hormones, which are in constant contact. In fact, the gastrointestinal (GI) tract has its own collection of nerves, called the enteric nervous system, which acts as a “second brain.” Having continual feedback with the central nervous system (which includes the “real” brain), this elaborate setup can do things like determine how hungry we feel,  it can sense stressful situations and set up the proper response, and it can detect whether we have ingested a germ that has made us sick, like food poisoning.

In this connection, bacteria in the digestive tract influence the level of serotonin, which is a strong neurotransmitter that, among other things, affects emotion. Serotonin is produced in the brain and the intestines, with 80-90% being present in the gastrointestinal tract. In addition to its relation to mood, this chemical is known to affect appetite and digestion. Although there is so much research to be done on its exact mechanism of action, it is not hard to imagine what could be going on: the probiotic exerts action on the digestive tract, then serotonin is secreted, which affects mood and eating behavior. It is also fairly easy to understand how disturbances in this cycle--due to poor diets and the individual’s physical condition--can wreak havoc on how the body processes food, thus ultimately affecting conditions that promote disease, especially diabetes.

Since probiotics release enzymes that aid in human digestion, it would logically follow that they help the body to utilize glucose, which in turn keeps the levels of insulin in check. A low-fat, high-fiber diet has actually been linked to a “desirable” level of good bacteria in the gut. On the other hand, a diet of highly processed foods has been connected with low levels of these bacteria. Because the GI tract also plays an important role in immunity--at least half of the immune cells are said to be present in the intestine--probiotics could be responsible for helping to fend off illness.

It is not hard to find probiotic products. Displays of these items take up a huge amount of space at grocery stores, particularly in the dairy section.They are sold in the form of yogurts, liquid beverages (kefir is a very popular product), and powders, as well as tablets and capsules. Because some of the live microorganisms are killed, for instance, during the heat processing applied in yogurt production, manufacturers affix a label stating that live and active cultures were added after this processing.

For the most part, probiotics that are currently on the market are not scientifically proven to be efficacious, nor is their use officially sanctioned by the Food and Drug Administration (FDA). For this reason, on the labels of almost all probiotic products found in stores, there is a disclaimer stating this fact. There are natural probiotic foods such as sauerkraut, soft cheeses, miso soup, and even sourdough bread.

It may be possible to “get your gut in shape” by just eating these foods. And unless you are already immune-compromised or seriously ill, probiotics might be just the right type of natural supplement to help your gut and overall health.