No More What Ifs

I have this reoccurring dream. I am free falling in a spiral of cards and it seems as if there is no end. Instead of reaching a destination, I continue to fall through the cards that are piling up against the blackness surrounding me. Right when I feel as if I may hit the bottom of this spiral, I wake up sweating and unaware of where I am or what happened. Once I finally gather myself after a few moments, I realize that my blood sugar is not only low, but that it is dropping rapidly. My body usually wakes up when my blood sugar is teetering on low somewhere between 70 and 80, but I know that this dream only occurs when I am dropping dangerously low. 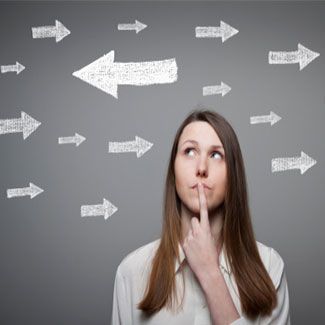 While I didn’t often reflect on this dream, I recently realized its significance and the dangers that going low in one’s sleep poses for diabetics. When I saw my optometrist last summer for my yearly check-up, she asked me about my blood sugar levels. While I typically get annoyed when other doctors offer me their two cents about my levels, I know that diabetic control correlates with vision so I am as honest with my optometrist as possible so that I can ensure to keep my vision 20/20.

She looked at me hard when I said that I have been relatively good, the occasional highs and lows with some lows in the early morning. I must have looked at her questioningly because she followed up with, “I always tell my patients that I think they should go to bed on the little higher side just to be safe. A few of my patients went to bed and went low in their sleep. Unfortunately, they never woke up.”

Before I even had a chance to digest what my optometrist said, she told me that my eyes were perfect and that she would see me next July. I sat there for a few minutes, not really thinking about the gravity of what she just told me. I later told my mom what my optometrist said about several of her patients, and my mom became very upset. My mom quickly said that I very seldom had severe lows at nights. While this should have reassured me, I became obsessed with imagining the worst that could happen.

It started with a simple Google search with this “Dead in Bed Syndrome.” A little morbid for my taste, but I tend to stay on the dramatic side of things. I mean, couldn’t they be a little more clever with the name rather than literally stating the obvious? As I began researching, I drew more meaning from my card dream. If I kept falling, I never would reach a destination because I simply would not wake up. I began setting an alarm at two hours intervals during the night to ensure that my blood sugar was in a normal range. I would constantly ask my parents what if my blood sugar goes low and I don’t wake up. While a young child may be reassured by their parents answering that it simply will not happen, I was not convinced and their answers only seemed to fuel further my need to research as much as possible on the subject.

When I went to my endocrinologist a couple of weeks later, I could barely discuss my carb ratio and other trends going on with my sugars. What I needed to know was how many patients have suffered from Dead in Bed Syndrome? He told me that it can happen, but that it is relatively rare. He also told me that the continuous glucose monitor would be a great way to warn me when my blood sugars were going low. The device was ideal because it helped me control my levels and it also calmed my fears. In a sense, this monitor is now my security blanket. While this device does not replace me monitoring my levels, it is a helpful aid that will alert me when my blood sugar is going high or low. I have woken up at two in the morning with my monitor telling me that my blood sugar is 100 but is falling. There are times when I wake up even without my alarm alerting me, which is very reassuring. I know my body well, but the monitor is just another way to ensure my safety.

Diabetics can worry about the what ifs and often the Internet is a dangerous tool that only brings about more fears rather than calming the small fear you initially had. I went through a phase where I would spend anywhere from a couple of minutes to an hour just researching the possible repercussions from having diabetes. One day, after worrying about losing my vision, I decided I had enough, and I just stopped researching complications.

I am aware that having bad control can lead to complications down the line, which is why I choose to be on top of my numbers today.  While I have some days where my numbers aren’t in range, I take care of myself and I work to the best of my ability to keep my numbers in range. If I do everything in my power to keep these numbers under control, then I can have faith that I will lead a healthy life. I am done with worrying about the what ifs. I choose to live in the present.