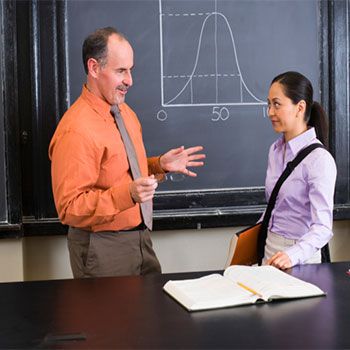 While I had many qualms about going away for college, I was not at all worried about managing my diabetes. I had taken control of my diabetes since junior high with my parents always available to help if need be. When my mom would ask how my blood sugars were, I would say “fine” but, to avoid criticism, indicate the levels were around 150 when they were really around 180 or tell her that I was a little high at 200 when I was really reaching 300. By the end of high school, I was far more concerned about entering a new phase of my life that many had told me would be both the greatest and most difficult one I had yet to experience. Although I experienced plenty instances in those first few months of college when my numbers were far from stellar, managing my diabetes paled in comparison to the overwhelming number of papers and exams that filled my days.

It wasn’t until the week before midterms in late October that I realized that I truly had to be my own advocate for my diabetes. Throughout high school, I had never had an issue with explaining my diabetes to a teacher or administrator. If my blood sugar went low in class, I would simply tell the teacher that I was low and she would give me a sympathetic look and tell me to go to the nurse. If my blood sugar was exceedingly high, my mom could simply call the school and tell them that I would not be in for an hour until my blood sugar was in a relatively normal range. Although this didn’t happen often, it was comforting to know that I could get the help I needed if my sugars were less than ideal.

I had the unfortunate luck of having an introductory English class at 7:30 am every Monday, Wednesday, and Friday. Because the class was very early, many students were prone to oversleeping and therefore the professor was far from lenient about absences. We were allotted two absences from lecture, which took place on Monday and Wednesday. However, discussion took place every Friday and missing discussion was non-negotiable and a failure to attend would adversely affect one’s grade. Because I am a very grade oriented student, I did not miss any lectures and certainly made sure to set my alarm an extra half hour early every Friday morning to ensure that I would be up for discussion.

As part of the class, we had to analyze poems, and I am just going to be honest and say that I am not good at deciphering poems. In fact, I would have to say that I was the worst in my discussion class at understanding the hidden meanings behind the words contained in our poetic readings. When a writer describes a cloudy day, I take that to mean literally it was cloudy rather than the expression of some repressed childhood memory. My nemesis, a teaching assistant I will call Bob, took this deficiency to mean that I was lazy. To avoid eye contact, I would sit in the back corner next to the one other student who showed up every other class. This probably did not work in my favor either.

Despite Bob’s judgmental stares and pointed questions, I showed up to discussion ready to read a passage in front of the class to prove to Bob that I was not some incompetent freshman. However, I did have to miss one discussion and this was not your every day college excuse. I woke up at four in the morning that Friday with a blood sugar of 28. I woke up sweating profusely, fully aware that I needed sugar but unable to get up. I called my roommate’s name, mumbling a few coherent words that she took to mean lemonade. When I woke up a few hours later around eight am, I was clutching the empty lemonade carton with a blood sugar of 200. When I fully woke up a few minutes later, I realized that I missed the discussion where Bob was handing out the study guide for the upcoming midterm.

While most students would shrug this off and ask a friend for the midterm study guide, my only friend was the slacker who I would give an occasional head nod to and if I had to bet, I doubt he showed up that day. I sent Bob a panicked email explaining my low blood sugar and that I was a dedicated student who never even missed a lecture. I told him that I was fully willing to accept the docked grade but asked that he please send me the study guide.

I received an email a few minutes later essentially telling me that that was not a valid excuse, and that if I really felt it necessary I could go get a doctor’s note in order to obtain the study guide. I immediately became enraged and called my mom who told me that I needed to calm down. She said that I needed to treat this professionally, and I therefore decided to email the professor, strategically placing sentences about students with disabilities in case he was as ignorant as my teaching assistant. In sum, he emailed me back profusely apologizing for my teaching assistant’s lack of sympathy and told me that I could get a copy directly from him.

I am not saying that diabetes should be used as an excuse to miss class, but I will say that there are times that diabetes does get in the way of life. I have had to miss plenty of gym classes for an extreme high or delayed going to a dinner because my blood sugar was too low for me to drive.

As a college student, I have to accept that not all my professors will be accommodating to this unfortunate reality, and therefore I must  be my own advocate. Since freshman year, I have learned to email professors at the beginning of the semester to make sure they know that I will not use it as an excuse, but I may have to come to class late or leave if I am very low or high. Fortunately, I have not had to miss class for diabetes, but I am willing to stand up for myself if I ever had to face someone who thinks that diabetes is just an excuse.