The Reality of Diabetes 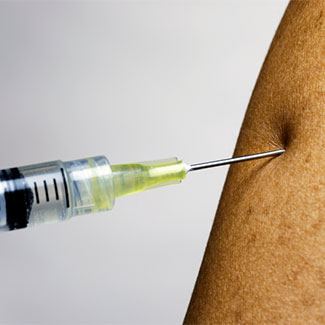 You can ask any diabetic, once you find a medication that works, especially one that works well, the worst thing to learn is that your insurance no longer covers that prescription. Although I am a Type 1, my endocrinologist had me on one insulin enhancing medicine for the last year or so. The medication would make me less insulin-resistant, and I could have the added benefit of potentially losing a few pounds. Who doesn’t love that?

I began to notice a substantial difference in the amount of insulin I was taking after a couple of months. To me, another shot is not a big deal, especially once a day. The pen needle is so thin that it really is more of an inconvenience than a pain issue. When I learned that my insurance company would no longer cover my current medication, my physician switched me to a different insulin enhancing medication. Honestly, I did not think much of it and just thought it would be an easy trade-off.

I would have to say the switch was not as easy as I predicted. The pen was bigger than any needle or device I have ever seen and I had no idea what I was supposed to do with it. As I may have mentioned in earlier blogs, I am not the most patient person in the world so learning that I would have to watch a tutorial on how to use this pen irritated me more than it would your average person. Little did I know that the tutorial was the least of my worries.

Once I learned how to mix the formula, it was time for injection. While the needle doesn’t look all that threatening, this needle is quite thick and therefore is more painful that any other shot I have taken in recent years. For someone who claims to have a relatively high pain tolerance--which may be more my subjective opinion because I almost cried when applying liquid skin on a blister--this shot was painful.  Instead of mechanically just taking a shot and getting on with my day, I had to concentrate to insert the medication and twist the inserter so that the liquid would exit the needle. Although five or ten seconds does not seem all that long, the sting lingers and was a feeling that I was not accustomed to in my fourteen years as a diabetic.

I do complain about everyday annoyances but I try to stay positive when it comes to my health. When I do go down a negative path, I find it difficult to stop the running negative thoughts in my head. Instead of complaining about taking ten injections throughout the day, I have learned to just do it with an "it is what it is" attitude. My experience with this insulin enhancer makes it more difficult to live with this approach.

Not only is the injection a painful process, but the itchy welt burns well after injecting. I have tried different methods to diminish swelling but have not found any success as of late. When I asked my diabetes educator if pinching the skin would reduce the chance of a welt, she told me there really wasn’t much to do because of the thickness of the needle. She also assured me that she has tried to pen herself and found it to be a painful experience. I felt better after hearing this because I quite honestly felt like a wimp.

The one good thing I will say about this medication is that it is once a week, and I have found it to be just as effective as my previous insulin enhancer. Not every injection is painful, but it is difficult to predict whether the next injection will be painful. It quite honestly doesn’t matter what angle I use or how slowly I insert the needle. It truly is just a pain that me, and something many other people with diabetes have to endure in order to manage their disease. Although it may not seem optimistic, it is the reality of the situation. Rather than dwelling on all the negative aspects of diabetes, I have learned to accept that I have certain challenges set before me and I do my best to meet these challenges.

Whenever I am frustrated on the day that I have to take the insulin enhancer, I remind myself that it is once a week and some injections are not that bad. I also maintain my "it is what it is" mantra, which helps me too.