Does a Popular Type 2 Medicine Create a B12 Deficiency?

Metformin is recommended as initial therapy for type 2 diabetes and is used as monotherapy or in combination with other antidiabetic oral agents and insulin. It has been found to be an effective treatment for many patients, but it is also important to point some potential issues associated with taking it. For example, the drug's side effects include lactic acidosis (rare cases), and gastrointestinal issues. And according to new studies, continuous metformin use results in vitamin B12 deficiency in many patients. This essential vitamin helps with blood formation, and brain and nervous system functions. 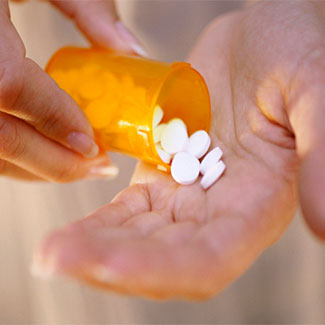 Vitamin B12 deficiency, which may present as peripheral neuropathy, is often misdiagnosed as diabetic neuropathy. Failure to diagnose the cause of the neuropathy will result in progression of central and/or peripheral neuronal damage which can be stopped but not reversed with vitamin B12 replacement.

A recent study evaluated the interaction between vitamin B12 and metformin, and reported the following results:

Other studies that evaluated metformin's effect on vitamin B12 reported more than three-fourths of metformin users who had low vitamin B12 levels also had evidence of peripheral neuropathy.

Evaluation of studies and guideline recommendations by organizations that govern diabetes therapy in the U.S. do not clearly advise on a corrective action to prevent such an interaction. Vitamin B12 malabsorption in patients with diabetes that are taking metformin regularly is poorly recognized and not screened for or treated prophylactically by the majority of providers who prescribe metformin. In addition, a clear guideline on a proper corrective action to prevent such interaction is not provided in the literature. This is unfortunate since a correctable cause of irreversible damage to the central and peripheral nervous system may be overlooked.

In my practice, I always take a baseline of vitamin B12 levels before metformin therapy is started or as soon as I can before diabetes therapy is titrated. In addition, I always recommend for patients to take metformin with the 2 major meals of the day (breakfast and dinner).

I believe a vitamin B12 screening is recommended for all patients taking metformin, because B12 supplementation can help reduce the potential risk of irreversible nerve damage. And as always, I reccommend you talk to your provider first before taking any action.