A New Insulin is on the Way 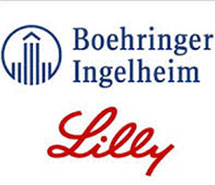 The U.S. Food and Drug Administration (FDA) granted recently tentative approval for Basaglar (insulin glargine injection from Eli Lilly and Company and Boehringer Ingelheim), which is indicated to improve glycemic control in adults with type 2 diabetes and in combination with mealtime insulin in adults and pediatric patients with type 1 diabetes.

The tentative approval for this medication, may postpone marketing of the medication by as much as 30 months is as a result of litigation filed by Sanofi, claiming patent infringement. Under the Drug Price Competition and Patent Term Restoration Act ("Hatch Waxman"), the FDA cannot give final approval until the end of the 30-month period in mid-2016, unless the court finds in favor of Lilly earlier.

Insulin basaglar has the same amino acid sequence as the currently marketed insulin glargine product and was tentatively approved for use with KwikPen, a pre-filled dosing device. Lilly-Boehringer Ingelheim's insulin glargine product is considered a biosimilar in Europe after receiving a positive recommendation from the Committee for Medicinal Products for Human Use, a division of the European Medicines Agency, which considers the insulin treatment a biosimilar. For technical regulatory reasons, Basaglar is not considered a biosimilar in the U.S, even though it is biosimilar.

In the area of basal insulin or long acting insulin products, Sanofi, is working on an insulin formulation of U300, a new and improved version of Lantus. And Novo Nordisk is advancing its marketing of Tresiba.

As a clinician and diabetes educator, I have to evaluate which one of my patients will receive an added benefit from this insulin Basaglar once it is approved to come on the market. With many different types of basal insulin products in development, it is hard to predict the role this insulin product will have.  Knowing my diabetes patients, I learn that there is an ever growing need for longer acting insulin products.

With most of my patients asking for a once daily insulin product or to reduce the burden of injections, I find it hard to balance good glycemic control before meals for the patients with significant insulin resistance and once daily basal insulin doses.  As a diabetes educator, I am searching for insulin products with longer duration of action that may suit those patients with erratic eating habits and inconsistent meals throughout the day.

The tentative approval for Basaglar is another step toward providing an important option for people with diabetes in the U.S. who need basal insulin treatment.