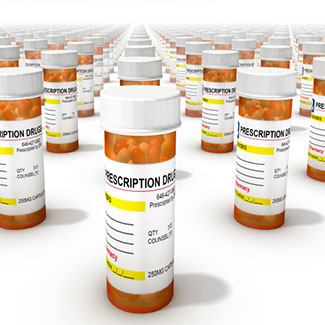 On April14, the Food & Drug Administration (FDA) panel reviewed the cardiovascular profile of saxagliptin (Onglyza by  AstraZeneca), approved in 2009, and alogliptin (Nesina by Takeda), approved in 2013. Both medications are members of a class known as DPP-4 inhibitors that includes sitagliptin (Januvia), and linagliptin (Tradjenta).

The panel has recommended that saxagliptin’s label should include new information about the risk of heart failure. A review of data from the clinical trial SAVOR for patients on saxagliptin revealed:

Drug experts believe the FDA will view the risk as a drug class effect and will apply changes to all approved drugs in the DPP-4 inhibitors class. The FDA is expected to follow the advice of its advisory panel--although it is not obliged to do so.

The question is would this recommendation by the FDA panel affect prescribing habits for providers? As a clinician, I believe that the finding by the FDA panel puts providers on an increased alert. If the patient develops heart failure and is being hospitalized, is it a progression of underlying cardiovascular disease or the negligence of the provider who has prescribed a DPP-4 inhibitor?

Although some believe that the new recommendation by the FDA panel will not change the marketing of DPP-4 inhibitors such as saxagliptin and alogliptin, I beg to differ. If the FDA decides to add this risk-of-heart-failure caution to the package insert, prescribing habits may change. The concern about the risk of worsening cardiac disease or even hospitalization due to heart failure will force providers to reevaluate the risk vs. benefit of DPP-4 inhibitors. No provider wants to be blamed for exacerbating a risk for hospital admission due to heart failure. I believe that if the FDA adapts the recommendation by the FDA advisory panel, it will also bring concerns to patients who are currently on saxaglptin or alogliptin and have had heart failure.

The possibility remains that many patients will ask their providers to change their medication regimen. Providers will have to reconsider their approach to diabetes therapy based on their experience for their patient population who are currently on DPP-4 inhibitors such as saxagliptin and alogliptin without any evidence of worsening of heart failure or any hospitalizations due to heart failure.

When DPP-4 inhibitors are not an option for some patients, there are other medication choices to take their place. I believe that providers can prescribe other classes of drugs including GLP-1 agonists or SGLT-2 inhibitors, if they want to diverse patients' medication regimens.  At this point, it remains to be seen how the public and healthcare professionals will react to the ruling by the FDA panel and the subsequent decision by the FDA, but stay tuned for future news.