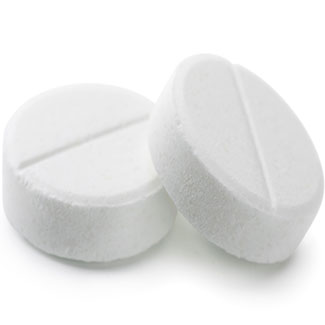 Recently, there was a discussion surrounding the connection between dipeptidyl peptidase 4 (DPP-4) inhibitors and the risk for cardiovascular disease (CVD) or hospitalization for heart failure (HF). Such concerns could affect providers' prescribing habits of this class of drugs in general and could change the face of diabetes treatment if the CVD episodes were deemed a real risk.

A recent research study that was published in the New England Journal of Medicine in June reported that adding the DPP-4 inhibitor sitagliptin (Januvia) to existing antihyperglycemic therapy in patients with type 2 diabetes and CVD did not increase risk of major adverse cardiovascular events or hospitalization for HF.

The study included 14,671 participants who were at least 50 years old, had type 2 diabetes, and CVD. The participants' average Hemoglobin A1c (A1c) was between 6.5% to 8.0%. In addition, participants were taking pioglitazone, a sulfonylurea, or insulin with or without metformin during the study. The researchers compared rates of cardiovascular death, nonfatal myocardial infarction, nonfatal stroke, or hospitalization for unstable angina in 7,332 individuals who received sitagliptin (Januvia) 100 mg daily and 7,339 individuals who received placebo.

The results of the research trial that were reported included the following information:

The study showed no increase or decrease in cardiovascular complications, including rates of hospitalization for HF over the three years. This research was conducted in a population with a high risk for CVD and provided added confidence in sitagliptin’s safety profile in this patient population. The similar rates for CVD adverse effects and hospitalization due to HF between sitagliptin and placebo puts ease at the minds of many providers who expected their patients to be put at risk for HF with sitagliptin or maybe other medications from the DPP-4 inhibitors class.

However, it is important to note that the study received financial support from the drug manufacturer Merck Sharp & Dohme, a subsidiary of Merck who makes sitagliptin (Januvia).

These findings make the claim that the DPP-4 inhibitors increase the rate of CVD inconclusive since some may argue that there is a need for an independent body to further investigate this class of medications and its effect on CVD and hospitalization due to HF.

Based on the fact that this risk is inconclusive, I will continue to recommend the use of DPP-4 inhibitors, including sitaglitpin in all patient populations. However, I will be more vigilant to closely monitor patients at high risk for CVD for HF to prevent potential hospitalization. I would pay close attention to blood work and acute weight gain as well as other clinical markers. In addition, patients should be asked to report any unusual adverse events while taking any DPP-4 inhibitors including edema in their legs.

I think healthcare professionals can still prescribe this class of diabetic medications in their patient population, but use precaution and close monitoring to prevent unnecessary adverse effects such as CVD and hospitalization from HF.