Advocating for Diabetes Education at the State Level

Sam Grossman, BS Pharm, PharmD, CDE has been petitioning the government of his home state of New Jersey trying to help make diabetes education accessible for everyone. 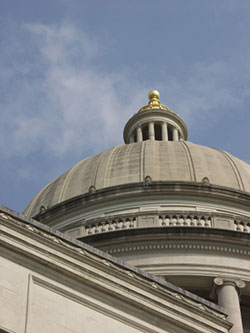 People who live in New Jersey can often struggle to find local diabetes self-management education (DSME) programs. Dr. Sam Grossman notes that a big part of the issue is that there is not a lot of money being devoted to education programs, which has led to some medical center DSME programs being shut down. He mentions one local hospital system in northern New Jersey that is closing its program, which had previously served an urban area in the state. Urban areas in New Jersey are struggling with the prevalence of type 2, mirroring a pattern seen across the United States.

A project called, PATHS: Providing Access to Healthy Solutions, points this out in a report they wrote earlier this year. “Type 2 diabetes is concentrated among low-income communities and communities of color,” wrote the report’s authors Amy Katzen and Allison Condra.

The report is titled, An Analysis of New Jersey’s Opportunities to Enhance Prevention and Management of Type 2 Diabetes, and for those who are interested can read it here.

The state, according to the report, ranks 3rd in the nation for obesity among low income children ages 2 to 5 at 16.6%, and 61.5% of the adult population is either overweight or obese. (That’s approximately 5.5 million people.)

The report also stated that diabetes cost $9.3 billion dollars for New Jersey in 2010, with $6.6 billion dollars going for medical costs and $2.7 billion for nonmedical costs. Like other states, NJ's cost for the disease is expected to increase significantly. By 2025, the number of people affected by diabetes in New Jersey is projected to double, and its cost to the state is projected to reach $14.5 billion, including lost productivity according to PATHS.

Grossman (pictured below) has been a diabetes educator for years, both at the Department of Veterans Affairs New York Harbor Health Care System and as president and clinical coordinator of Diabetes Care On-The-Go Inc., a diabetes education center that serves the diabetes population of NY and NJ. He is also the Advocacy chair and a member of the New Jersey Community Leadership Board for the American Diabetes Association, and been involved in the leadership of AADE’s New Jersey coordinating body. He has also helped developed diabetes education programs in the inner cities within the Garden State.

Grossman has a passion for bringing diabetes education to the community, and especially in communicating to people with diabetes the value of making healthier lifestyle modifications. 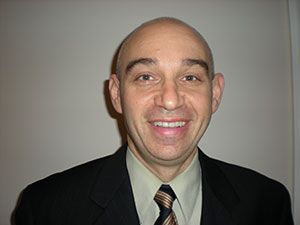 “I want to bring awareness of education into the community,” states Grossman. “I have worked in diabetes centers in areas like Jersey City, Newark, and Bayonne to help put together DSME programs. I want to see education delivered for wherever it’s needed.”

He is trying to decrease the access gaps in diabetes education across the state. As such, Grossman attended a Diabetes Awareness Day back in November at the state capitol building in Trenton, NJ, which included members of the diabetes industry, medical centers, and people with diabetes in attendance. Grossman met the Senate president, other state politicians and diabetes advocates, who gathered to discuss how New Jersey might be able to improve diabetes education in the Garden State.

“The reason it is important is that diabetes education in New Jersey is falling apart,” says Grossman when asked why he is petitioning the state government. “A local medical center is shutting down its diabetes education program. It is not a money-making business. People say it doesn’t bring in any dollars. And yet, diabetes is a growing problem in New Jersey.”

He has witnessed the ravages of medical issues people with diabetes can experience if not following a healthy diabetes management plan.  “Diabetes is the number one reason for complications including, heart disease, infections, ulcers and amputations,” says Grossman.  “And the biggest issue is the fact that we are not aware of it. In essence, diabetes self-management education can be a preventative method to decrease hospitalizations. Diabetes educators are aware of these potential health risks, and it is important we bring this to the legislators to make sure there is enough funding to support diabetes education centers.”

And he points to the financial strain diabetes can place on the state’s coffers.

“If a high-risk individual is not insured, the government will have to pay out of pocket for hospitalizations from complications--that in many cases could have been prevented,” says Grossman.

As a pharmacist and diabetes educator, Grossman knows that one way to address the access issue is to get more pharmacists and pharmacies involved. Pharmacists are seen as trusted medical professionals. When people go to their local pharmacy, they can engage with the pharmacist who has the medical education to discuss such matters. Grossman believes pharmacists are underutilized in this capacity.

“I would like to see more diabetes centers have pharmacists involved in diabetes education and getting reimbursed for it. This latter piece will help motivate more pharmacies to get involved in diabetes care,” explains Grossman. “With so many drugstores in the local communities, it makes the access problem easier to address, and it helps alleviate the barrier to those who have to drive a far distance to go to a center to get diabetes education now.”

Grossman wants to see more involvement from everyone, especially in teaching those with diabetes already as well as the at-risk populations who have prediabetes. “I want to bring it to the attention of everyone involved: legislators, teachers, parents, healthcare professionals. I want the risks of type 2 diabetes to be known and create programs to deal with being at-risk,” says Grossman. “Only through awareness and advocacy can we address this growing epidemic that is diabetes. If we bring legislation and initiatives to the point where people, educators, parents and other healthcare professionals are aware of what the diabetes risks are, we as a society can help curb disease.”