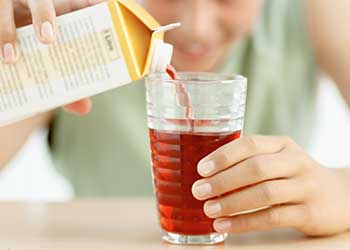 How much do you like cranberry juice? You may like it a little more after a recent study conducted by the United States Department of Agriculture (USDA) concluded that cranberry juice could possibly reduce your risk of heart disease and diabetes.

In the interest of full disclosure, this study was funded by Ocean Spray, a staple in the cranberry juice realm, but the study does come equipped with tangible evidence that lends itself to its results. Cranberry juice has a high source of protective compounds called polyphenols, which are known to play a key role in the prevention of degenerative diseases such as diabetes and cardiovascular disease.

The study consisted of 56 subjects, with an average age of 50. They were all given meals during an eight week period with one group receiving sixteen total ounces of cranberry juice daily in two eight ounce glasses, while the other group received a placebo set to look like cranberry juice. What the researchers found is the participants that were given cranberry juice had improved blood pressure, blood sugar levels, blood lipids and C-reactive protein, all of which equaling out to a ten percent decrease in the risk of getting diabetes and heart disease, with a fifteen percent decrease in the chance of getting a stroke.

“These findings suggest that polyphenols help to protect our bodies, and may be adept at keeping a large number of ailments at bay,” says Christina Khoo, PhD, Director of Research Sciences at Ocean Spray. If your risk of getting diabetes or heart disease was only a couple glasses away, would you take it?