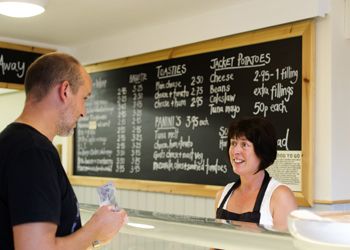 Pretty soon there won’t be a place to eat or get food from where the calories won’t be readily accessible. Last Tuesday, the U.S. Food and Drug Administration (FDA) announced new regulations that will require chain restaurants, movie theaters, pizza parlors and many other food establishments nationwide post calorie contents of their foods in the clear vision of the consumer.

Venues such as convenience stores and supermarkets are also included in these new rules. The FDA has issued a November 2015 deadline for the necessary adjustments to be made by the companies.

Establishments that fall under these rules are nationwide companies that have 20 or more locations. This could potentially be a ground breaking policy that can be a real contributor to the country’s battle with obesity. Under these new regulations, additional nutritional information such as fat, sugar, and carbs will be available upon request.

The FDA is proposing these new rules in hopes that if the consumer has a more in depth analysis of food available to them, they will do a better job at selecting healthier foods and healthier alternatives. There are few eating entities that aren’t included in these sweeping regulations. Even vending machines and amusement parks will have calories of their food clearly visible to the consumer.

As Americans, one-third of what we consume (either eat or drink), is consumed away from home, lessening our chances to really know how much we are eating. This is an opportunity to better track your calories, and creates better conditions for people trying to lose weight to adhere to their diet.