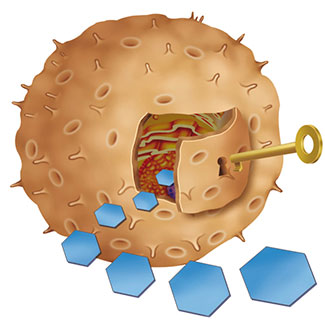 "Our study shows that the patients' ability to produce insulin is decisive for whether or not the procedure eliminates diabetes. Measuring the insulin cells' performance before surgery can thus provide us with a much better basis from which to predict who will actually benefit from the surgery. This type of measurement is not currently included in doctors' assessments," says Professor Flemming Dela from the Center for Healthy Aging at the University of Copenhagen, Denmark.

A weight loss surgery constitutes a substantial surgical procedure and the doctors' ability to predict which patients will actually benefit from a weight loss surgery is thus important, not only to the patients but also to the economy. Researchers have long known that the weight loss that accompanies a weight loss surgery also improves the effectiveness of insulin. Up until now, they believed that improved insulin sensitivity from the bariatric surgery improved or normalized blood glucose levels; however, this new study reveals that the capacity to produce insulin is the decisive factor in post-surgery success.

Source: University of Copenhagen the Faculty of Health and Medical Sciences