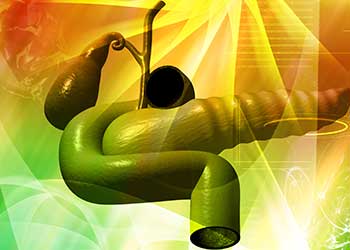 Ryanodine receptor type 2 (RyR2) calcium channels are found in the pancreas with the primary function being to control the calcium release between cells. However, a recent study shows that a potential defect in these receptors causes high glucose. Specifically, when the RYR2 channels are leaky, they can cause a reduction in insulin released from the pancreas.

In an animal study, the researchers found that after the leaks were remedied by an experimental drug called Rycal glucose levels stabilized. “These findings open up a whole new area of research into the molecular underpinnings of prediabetes and diabetes and point to potential therapeutic targets,” says Andrew R. Marks, MD, professor and chair of physiology and cellular biophysics, and senior author of the study.

To investigate the relationship of calcium channels and glucose tolerance further, research was done with mice that have leaky RYR2 channels and catecholaminergic polymorphic ventricular tachycardia (CPVT), a rare form of exercise-induced arrhythmia.

When the researchers gave these mice Rycal, they saw improvements in insulin secretion and glucose tolerance.