T2 Patients Can Live Longer than People Without the Disease 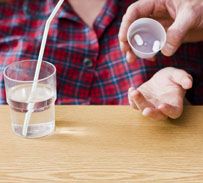 Patients treated with a drug widely prescribed for type 2 diabetes can live longer than people without the condition, a large-scale study involving over 180,000 people has shown.

The findings indicate that metformin, used to control glucose levels in the body and already known to exhibit anticancer properties, could offer prognostic and prophylactic benefits to people without diabetes.

Importantly, the life expectancy of these cohorts was also compared against people without diabetes who were matched based on criteria that included age, gender, same general practice, smoking status and clinical status.

The findings indicate that this cheap and widely prescribed diabetes drug may have beneficial effects not only on patients with diabetes but also for people without, and interestingly, people with type 1 diabetes. Metformin has been shown to have anti-cancer and anti-cardiovascular disease benefits. It can also reduce pre-diabetics' chances of developing the disease by a third.

"This does not mean that people with type 2 diabetes get off Scott free. Their disease will progress and they will be typically switched to more aggressive treatments. People lose on average around eight years from their life expectancy after developing diabetes. The best way to avoid the condition altogether is by keeping moderately lean and taking some regular light exercise."

In the next phase of the research, Professor Currie plans to investigate how patients prescribed with metformin as a first line therapy can best be treated thereafter to ensure that their life expectancy can be brought closer in line with the national average.

Effective glucose control in people with diabetes is important in reducing the risk of microvascular complications such as stroke or coronary artery disease. The stymying of these conditions can initially be achieved through diet and exercise, but glucose lowering medication is required in most patients with progressing diabetes.

Metformin is recommended as first line therapy for type 2 diabetes in the current American Diabetes Association and the European Association for the study of diabetes guidelines. The National Institute for Health and Care Excellence (NICE) also recommend the drug.

Sulphonylureas are commonly prescribed if metformin is deemed by practitioners to be an unsuitable course for treatment. Unlike metformin, sulphonylureas can cause weight gain, hypoglycemia and an impaired recovery after heart attacks. Conversely, metformin is associated with beneficial effects, including improved cardiac health and an ability to fight the onset of certain cancers.