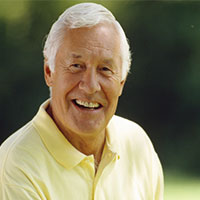 The study, funded by the National Institutes of Health, was published online before print in the American Diabetes Association's Diabetes Care in November.

“This is the first definitive evidence that testosterone is an insulin sensitizer and hence a metabolic hormone,” says Paresh Dandona, MD, PhD, senior author on the paper and SUNY Distinguished Professor and chief of endocrinology, diabetes and metabolism in the Department of Medicine in the Jacobs School of Medicine and Biomedical Sciences at UB. He sees patients at UBMD Internal Medicine.

The UB researchers found that low testosterone levels were associated with significantly decreased insulin sensitivity; this was demonstrated by a 36 percent decrease in the rate at which glucose is taken up by tissues when patients with low testosterone were administered a set concentration of insulin.

The study included 94 men with type 2 diabetes. Prior to being treated, the 44 men in the study with low testosterone levels expressed significantly lower levels of insulin signaling genes and, thus, diminished insulin sensitivity. These men were randomized to receive a testosterone injection or a placebo every week for 24 weeks.

The study found that while there was no change in body weight, testosterone treatment produced a reduction in total body fat of 3 kilograms (more than six pounds) while increasing muscle mass by the same amount.

“Most importantly, we saw a dramatic increase in insulin sensitivity, demonstrated by a 32 percent increase in the uptake of glucose by tissues in response to insulin,” explains Dandona. At the same time, there was a similar increase in the expression of the major genes that mediate insulin signaling.