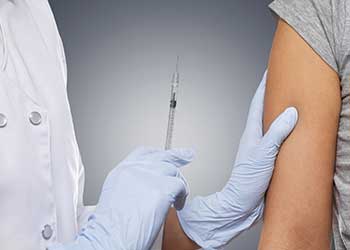 An existing vaccination drug, Calmette-Guerin (BCG), has now been approved by the FDA for the start of phase II of a trial to determine the vaccine’s effectiveness in the treatment of type 1 diabetes. The announcement was made last week at the 75th Scientific Sessions of the American Diabetes Assoication (ADA). The generic drug has been in use for decades with its main use being for people with tuberculosis or bladder cancer.

The research between type 1 diabetes and BCG started when Denise Faustman, MD, PhD, director of the Massachusetts General Hospital Immunobiology Laboratory, and her team saw a reversal of type 1 diabetes in mice when given the BCG vaccination. The results showed removal of abnormal blood cells that could cause the disease, as well as the development of protective regulatory T cells. After the results of that study they began phase I of human trials.

However after phase I of the study, which led to a decrease in diabetes-causing cells and improved insulin secretion, it’s been decided that further research should be done for the drug and its use with type 1 diabetes.

The main difference between the two phases of the clinical trials is patients will take a higher dosage of the drug for a longer period of time to better determine the lasting effects of the drug on the disease. "In the phase I clinical trial we demonstrated a statistically significant response to BCG, but our goal in phase II is to create a lasting therapeutic response," says Faustman.