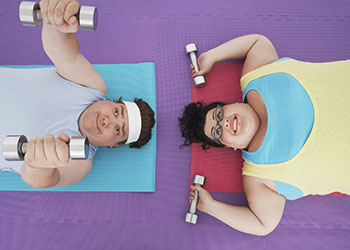 Ever wonder why obese men have a far higher likelihood of getting type 2 diabetes compared to obese women? Researchers from McMaster University feel a recent study provides an explanation.

"In our study, women's muscle appeared more efficient in neutralizing this protein, and this allows insulin to work better to move sugar from circulation to muscle," says lead author Dr. M. Constantine Samaan, assistant professor of pediatrics at the Michael G. DeGroote School of Medicine and pediatric endocrinologist at the McMaster Children's Hospital.

Even though on average women have more body fat than men, researchers feel the women’s reaction to the protein PTEN is what safeguards them from type 2 diabetes compared to their gender counterparts. Researchers of this study are now investigating how this protein operates in other cells.