Why We Should Treat Pre-Diabetes 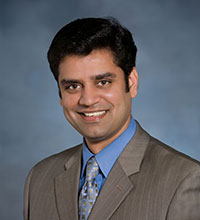 By Adarsh Gupta DO, MS, FACOFP 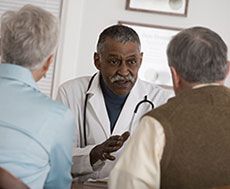 Pre-diabetes represents a stage of diabetes progression where people already begin to show cardiovascular damage to heart, kidneys, and other neuro-vascular systems. According to data from 2005-2008, 35% of U.S. adults aged 20 years or older have pre-diabetes which is about 79 million Americans.

Pre-diabetes represents an elevation of plasma glucose above the normal range but below that of clinical diabetes. Pre-diabetes can be identified as either impaired fasting glucose (IFG) or impaired glucose tolerance (IGT). The latter is detected by oral glucose tolerance testing. Both IFG and IGT are risk factors for type 2 diabetes, and risk is even greater when IFG and IGT occur together. Both in turn are closely associated with obesity.

Unfortunately, there hasn't been a treatment guideline in the United States to help medical providers to treat patients with pre-diabetes. In the absence of any national standards, it is left to the individual practitioner to access the severity of pre-diabetes and develop treatment options. Taking the approach of preventative care to stop the progression to type 2 can help patients and providers realize a better overall health for the former. As such, here is a review of diagnostic tests, some of the complications patients are at risk for, and a compelling argument as to why providers should treat this medical state.

It is important to first review the thresholds for the diagnosis for pre-diabetes and type diabetes. There are several ways to diagnose diabetes, inclufing the A1c, FPG, or OGTT  tests. See the figure below for diagnosing criteria:

The A1C test measures your average blood glucose for the past 2 to 3 months. The advantage of this test is that you don’t have to fast or drink anything. Fasting Plasma Glucose (FPG) checks your fasting blood glucose levels. Fasting means that you have nothing to eat or drink for at least 8 hours before the test. This test is usually done first thing in the morning before eating anything. The FPG between 100 and 126 mg/dl refers to as Impaired Fasting Glucose or pre-diabetes. Oral Glucose Tolerance Test (OGTT) is a two-hour test that checks your blood glucose level before and 2 hours after drinking a special sweet drink. It tells us how one’s body processed glucose. The OGTT between 140 and 199 mg/dl refers to as Impaired Glucose Tolerance or pre-diabetes.

There are no clear symptoms of pre-diabetes which means patients may already have it and not know anything about it. The only way to know for sure is via one of the aforementioned blood test. According to the American Diabetes Association's guidelines, testing to detect diabetes and pre-diabetes in asymptomatic people should be considered in adults of any age who are overweight or obese and who have one or more additional risk factors for diabetes. These risk factors include: physical inactivity, genetic pre-disposition, gestational diabetes, high blood pressure, and high cholesterol. In people without the risk factors, testing should at age 45. If tests are normal, repeat testing at least in 3-year intervals.

The pre-diabetic stage is associated with the same abnormalities as providers would see in diabetes, i.e. insulin resistance and beta-cell dysfunction—abnormalities that start before glucose changes are detectable—but possibly to a lesser extent than diabetes.

People with pre-diabetes can have concomitant damage to end organs such as eyes, kidneys, blood vessels, and the heart, which is traditionally thought to be a complication of diabetes (Tabák, Herder, Rathmann, Brunner, & Kivimäki, 2012).

Studies have shown that people with pre-diabetes who lose weight and increase their physical activity can prevent or delay type 2 diabetes and in some cases return their blood glucose levels to normal. Therefore, it is important that we, as providers, should not ignore pre-diabetes and wait for patients to progress to a full disease state to treat them. Rather, it would be better for patients to view their pre-diabetes as the start of diabetes and treat it by making lifestyle changes so that patients can prevent the disease onset and reduce future health risks.