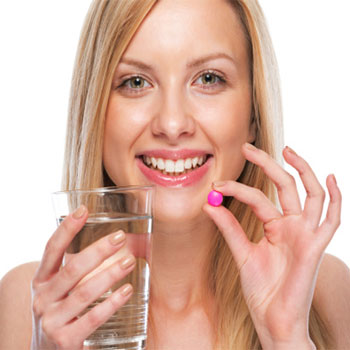 Overwhelming scientific evidence confirms that vitamin, mineral and antioxidant deficiencies suppress immune function and contribute to chronic inflammatory degenerative processes, such as arthritis, cancer, Alzheimer’s, cardiovascular disease and type 2 diabetes. We have seen over and over the myriad of scientific studies that demonstrate the ability to prevent, treat and even reverse type 2 diabetes through diet and lifestyle. Lifestyle intervention has also been demonstrated to be more effective than metformin (the preferred initial pharmacological agent recommended by the American Diabetes Association) for reducing the incidence of metabolic syndrome, pre-diabetes and type 2 diabetes.

Unfortunately, however, serious nutritional deficiencies can occur even with a healthy eating plan due to many possible factors, including inadequate absorption of nutrients due to co-morbidities, toxins in our environment that may interfere with transport of nutrients, or nutrient-drug interactions as a result of the use of both prescription and over-the-counter medications. Metformin, for example, used by many people with type 2 diabetes and pre-diabetes, has been shown to lower vitamin B12 and folic acid, which can then lead to an increase in homocysteine levels, a major risk factor for cardiovascular disease. A folate deficiency has also been associated with diabetes co-morbidities of retinopathy and renal failure.  Many other pharmaceutical medications and over-the-counter treatments have been implicated in causing micronutrient deficiencies.

Although, fresh, whole (unprocessed) foods are the basis of this lifestyle intervention approach to treat and reverse chronic disease, we cannot ignore that a number of supplemental nutrients have been shown to improve blood sugar control and reduce insulin resistance, and other inflammatory processes.  Let’s take a look at just a few of these micronutrients that are often inappropriately balanced in our diets and in inappropriate amounts or forms in over-the-counter multi-vitamin/mineral supplements, which may have an effect on glucose metabolism and its consequences. This is not an exclusive list, as there are many more micronutrients that can be considered to affect glycemic management.

Alpha-Lipoic Acid: This is an antioxidant that has been shown to regenerate other antioxidants, such as glutathione, vitamin E and vitamin C, and to prevent protein glycosylation.  Alpha-lipoic acid has been shown to enhance glucose uptake in skeletal muscle tissue, thus improving glucose regulation in people with diabetes mellitus.  It has also been shown to be effective in the treatment of peripheral neuropathy, a common complication in diabetes.  Even though this nutrient may be in a supplement that is being provided in an over-the-counter product, is it the proper dose and the correct form? It is doses of 800-1600 mg that have been reported in the literature as providing effective results, and thus less may be of no use.

Chromium: This trace mineral is fundamental in proper insulin function and is believed to facilitate the attachment of insulin to the cell’s insulin receptors.  A lack of chromium can result in insulin resistance, which leads to elevated blood levels of insulin and glucose, resulting in diabetes and cardiovascular complications.  Food processing removes most of the naturally occurring chromium and with the overconsumption of processed carbohydrates today, many people are deficient in this mineral.  Chromium can be supplemented or found in foods like brewer’s yeast, broccoli, nuts, meat, whole grains and green beans.  The “picolinate” form of chromium may be the part responsible for harmful side effects in some studies, therefore, the chelated forms are more appropriate and have been found to also reduce the oxidation of B vitamins.

Vitamin D: This fat-soluble vitamin has been associated with both type 1 and type 2 diabetes, as well as obesity.  In regards to type 1 diabetes, it is known that living at higher latitudes is associated with an increased risk of type 1 diabetes.  Children who received 2000 IU vitamin D during the first year of life were found to have a reduced risk of developing type 1 diabetes, compared with children who were not supplemented with vitamin D.  Because vitamin D modulates calcium, people with diabetes (both type 1 and type 2) have a higher risk for bone fractures, and vitamin D deficiency has clearly been associated with lower bone density.  People with a low vitamin D are also at a higher risk of insulin resistance and metabolic syndrome. Vitamin D is essential for normal insulin release by increasing transmembrane calcium movement in islet cells.  Vitamin D-dependent calcium binding protein has been detected in pancreatic tissue and vitamin D receptors have been identified in pancreatic islet cells.  Sixty- to 65% of the time, when tested, vitamin D is deficient.

Riboflavin: Many people with diabetes have abnormal riboflavin metabolism, which is often overlooked.  Even people taking over-the-counter supplements containing riboflavin, may not be getting adequate dosing because these over-the-counter supplements usually do not contain the proper form of riboflavin, which should be riboflavin 5—phosphate. Riboflavin is important for antioxidant function, working through the pathway of making more glutathione (the “master” antioxidant).  A person with diabetes having poor glucose control will produce free radicals, which can cause tissue damage to numerous systems, including nerve, liver, kidney and intestines.

Niacin: Niacin acts by protecting pancreatic beta cells from autoimmune destruction.  Keep in mind that this is not the nicotinic acid form of niacin used for lowering cholesterol and triglycerides, but instead the amide form of niacin (nicotinamide), which does not cause flushing. Niacin may also act as a weak antioxidant of nitric oxide radicals, but its most significant function related to diabetes is its involvement with the Glucose Tolerance Factor (GTF).  Niacin may also retard the development of nephropathy, therefore supplementation in persons with diabetes may be appropriate. Literature suggests that if a family member has type 2 diabetes, every other family member may benefit by taking a prophylactic amount of niacin to prevent beta cell destruction, instead of waiting for the pathology to develop. A prophylactic dose is 500 mg of nicotinamide.

Supplementation without proper diagnostic testing and monitoring is absolutely contraindicated. Keep in mind that conventional serum concentration measurements will unlikely detect most micronutrient deficiencies until a severely malnourished state exists.  Specialized micronutrient laboratory testing will evaluate not just the levels of a nutrient, but also the function of a nutrient that is present in blood or tissue. This type of testing can be obtained through specialized laboratories.

Micronutrient testing needs to be performed before supplementation is considered and repeat testing should occur at least every six months when supplementation is indicated.  Dosing will vary individually and may not be in line with the RDA for that nutrient.  Repeat diagnostic testing is necessary so that you can assess if you are getting the correct dose. Repeat testing is also necessary in order to assess if you are affecting other micronutrients, as micronutrient supplementation cannot be in isolation. As an example, with too much chromium supplementation, nutrient-nutrient interactions can occur, such as decreased zinc absorption. Vitamin C can cause increased chromium absorption, and iron metabolism can be affected since chromium competes with iron for transport on transferrin. Nutrients in excess can also have serious side effects, such as too much chromium can cause renal and hepatic toxicity, rhabdomyolyisis, psychiatric disturbances, and hypoglycemia.

Although safety is seldom an issue for nutritional supplements, just like pharmaceutical medications, natural supplements can also carry risks and side effects, especially when taken with other pharmaceutical agents, therefore they should be used cautiously and with your healthcare providers knowledge.  The supplements mentioned briefly here have been well studied but still may not be right for everyone.  We all have different genetic make-ups and what works in one person, may not work in another person. This is not “cookbook” medicine. Your health needs are different from your neighbors needs therefore always seek the assistance of a professional before using supplements.

Remember to also test your blood glucose often when taking supplements that are indicated to lower blood glucose, in order to reduce the risk of hypoglycemia, especially if taking along with pharmaceutical anti-diabetes medications or other herbs and supplements that may affect blood glucose levels. The U.S. Food and Drug Administration does not strictly regulate herbs and supplements. There is no guarantee of strength, purity or safety of products, and effects may vary.  Pharmaceutical-grade nutritional supplements prescribed by a healthcare professional is always your best option.

When using any nutritional supplementation, you must take a sensible approach to avoid risks and side effects:

•    Start low and go slow but give it a honest try for at least one month
•    Try one new supplement at a time (every 3-4 weeks)
•    Only take what you need (not every potential supplement)
•    Test your blood sugar often to monitor effects
•    Don’t take at the same time as your other medications
•    Contact your health care professional for adjustment in your other
medications if needed, due to low blood sugar and/or medication interactions
•    Purchase only quality products and avoid supplements with artificial sweeteners, artificial colors, and binders (that often include GMOs)