Are Your Stomach Bugs the Cause of your Type 2 Diabetes and Obesity? 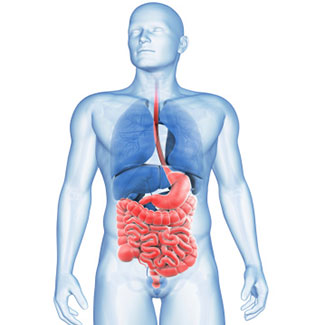 Michele G. Sullivan of Clinical Endocrinology News reported in its April 2015 issue, “How Your Microbiome (the genetic material of your gut bacteria) may be driving the course of diabetes and obesity.” This is something that the “functional medicine” world has been talking about for years, and now more of the medical world is taking notice, including the American Diabetes Association (ADA), which I will mention their involvement later in this article.

Did you know that we host up to six pounds of microbes in our gut alone?  In our whole body, we are comprised of about 10 trillion human cells, and these human cells comprise about 100 trillion bacterial cells, making us only 10% human and 90% microbial. What is even more impressive is that the genetic material of the bacterial cells outstrips our human genes. As humans, we are the product of 20,000 human genes, but we carry up to 2 million microbial genes inside our gut. Our microbial DNA to human DNA is actually in the ratio of 150:1. We have about 1,100 common species of bacteria in our body.

There are two main types of gut bacteria that populate our gastrointestinal tract: 1) Bacteroidetes, and 2) Firmicutes. The Bacteroidetes are involved in protein and carbohydrate breakdown and the Firmicutes promote absorption of fat. They need to be in just the right ratio to promote ideal weight and health, but over the last 30 years, the ratios of these bacterial communities have drastically changed, and mirror the global spikes in obesity and diabetes, as well as allergic and inflammatory disorders. Basically, the diversity of the microbiome has decreased, with a progressive change in density from Bacteroidetes to Firmicutes. Keep in mind that these are not causations, only associations, but we must wonder what we are doing to change these bacteria. What is going on?

One suspicion lies on the rampant use of antibiotics. Robert Ratner, MD,  the chief medical officer of the ADA reports that antibiotics exert their flora-changing effects in a couple of ways: 1) directly altering the composition of communities in the person who consumes the antibiotic, even if it is for a short time, and 2) it has been reported that early-life antibiotics can change fat metabolism for the entire lifespan, while only changing the microbiome temporarily.

In studying those who developed type 1 diabetes through the Type 1 Diabetes Prediction and Prevention Project (DIPP), data has consistently shown that those developing type 1 diabetes have significantly lower diversity in their gut flora.Type 1 diabetes is considered to be an autoimmune disease, and the risk of autoimmunity increases up to 20 times with certain species of Bacteroides. Again, this is not causation, but association.

However, new evidence suggests that we can show causality, when it comes to our microbiome driving the course of diabetes and obesity. We know that some microbes produce an endotoxin called lipolysaccharides (LPS), and when they cross the mucosal barrier in the intestine and enter the interstitial space, they set up an inflammation that impacts the fat cells and the liver, which than can lead to insulin resistance. Ratner admits that it does now appear that our microbes are actually controlling our metabolism.  In addition, unpublished data from the laboratory of Martin Blaser, MD, at New York University, shows for the first time that a specific bacterium in mice can cause diabetes, and removing it cures the disease.  When mice that were engineered as a model of prediabetes consumed the live gram-negative pathogen Ralastonia, a pathogen that contaminates drinking water, they gained much more weight and developed insulin resistance and hyperglycemia, compared with controls. When these same mice were given an antibody of Ralstomia, they lost weight and their hyperglycemia resolved.

We know that bariatric surgery has been shown to not only lead to weight loss, but also to the resolution of diabetes in some people. Randy Seeley, PhD, of the University of Michigan believes that there is more going on during postsurgical weight loss than just food restriction and malabsorption. He has been studying how weight loss surgery affects the microbiome and theorizes that the physical manipulation of the gut changes the gut microbiome.  With the physical manipulation of the gut, “enteroplasticity” is induced. Enteroplasticity is a fluid adaptation of both the gut’s structure and its bacterial communities to the altered physical and chemical environment. After bariatric surgery, it has been recognized that a firmicute, “Roseburia intesinalis” increases and that this bacteria is also found to be deficient in people who have diabetes. In an article coauthored by Seeley, it was discovered that after mice underwent vertical sleeve gastectomy, there was an increase of Roseburia and other firmicutes, thus another link for weight loss surgery repairing the microbiome.

The good news is that we don’t have to have weight loss surgery to repair our gut microbiome. We can easily determine the bug composition of our microbiome through simple stool testing and we can correct the imbalances in our bacterial communities through good gut health. This is exciting health news that can transform diabetes care!