Questions are often asked about the use of herbs and spices to help control blood glucose levels. Today’s blog will feature recent information about the relationship between cinnamon and blood glucose control. Readers may look upon the data with interest but all individuals should consult with their physician about using any herbs or spices to help with medical concerns. 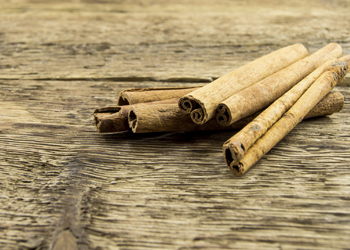 Recently (2014) the American Society for Nutrition partnered with the McCormick Science Institute to evaluate publications and research articles on spices and herbs and how they can potentially help to improve the health of Americans. The papers included topics on herbs and spices and positive health effects on issues such as inflammation, insulin resistance and cardiac health. All of these topics affect the health of patients with diabetes. The results were presented at a scientific summit in May of 2014. (1,2)

If you’re interested in the McCormick Science Institute read their mission statement and related information.

Results of a few studies that were carried out on people with diabetes that were cited in the above mentioned review:

Is cinnamon recommended for use by people with diabetes by prominent healthcare associations?

It has been found that the coumarin, which is found in less expensive and more common Cassia type of cinnamon, can cause liver damage in certain individuals who are more sensitive to it. (10) True cinnamon (cinnamon verum) does not contain very much coumarin. The amount of coumarin in Cassia cinnamon has been found to have up to 63 times more coumarin than Ceylon cinnamon (true cinnamon) powder. The sticks of Cassia cinnamon contain up to 18 times more coumarin than Ceylon cinnamon sticks. (10) Images of what each type of cinnamon stick look like. It has been stated that many manufacturers that include cinnamon in a product will use the cheaper Cassia cinnamon. The European Food Safety Authority has set a limit of Cassia in a daily tolerable intake of about a teaspoon a day for individuals sensitive to coumarin. (11)

Clara’s note: If you are considering using cinnamon to help control your blood glucose levels, talk to your physician before you start. Get permission to use it and a dose that would be safe for you. Besides the potential problem of liver damage (this is very serious) cinnamon may interact with some of your medications. See this partial list of medications that could interact with cinnamon and consult with your doctor and pharmacist. If your medical team approves, ask when you should take blood glucose measurements during the day to monitor your levels.

As you can see prominent organizations suggest that using cinnamon in amounts commonly found in foods is generally regarded as safe. Click here to see sumptuous recipes that contain cinnamon featured at DiabetesCare.net.