We all see it on the news that 24 states have passed legislation legalizing the use of medical and/or recreational marijuana (see Governing.org for more information).   Confusion comes because at the national level in the United States, marijuana is banned as a federal controlled substance (schedule 1 narcotic) under the Federal Controlled Substance Act in every state. (1) 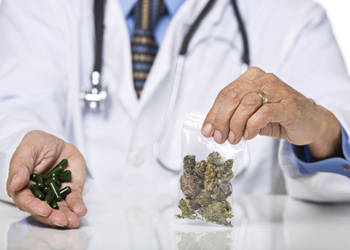 We are starting to get questions on the use of marijuana by people with diabetes as the result of changes in the laws of many states.  First we must advise to consult with both your physician and lawyer to know what both your medical implications and legal implications are if you decide to use it.  In many places both in and outside of the United States you may end up with a fine or in jail if you are in possession of this substance.  This blog will discuss the some of the names marijuana is known as, a brief history of marijuana, studies on general medical uses and current research that pertains to the controversial issue of people with diabetes using marijuana or substances that contain marijuana extracts. We will also discuss possible long term consequence of marijuana use.

What are some of the other names Marijuana is known by?

According to the University of Washington other terms for marijuana include, cannabis, grass, pot, dope, Mary Jane, hooch, weed, joints, reefers, and smoke. For a more complete list from this university, go to: http://adai.washington.edu/marijuana/factsheets/whatiscannabis.htm

The history of medical marijuana is very colorful and interesting. Mentioned in Chinese medicine over 3,000 years ago, it is thought to have been a very popular medication that possessed both yin and yang. (2)

Marijuana is known throughout the world. Scholars think it traveled over a 1000 years ago BC from the Middle East to Russia.  Historians think it was carried by Germanic tribes to areas in an around Germany and in the 5th century brought to England. Viking ships have been found with seeds dating back to the 9th century. Marijuana has also been found in Africa and is thought to have been brought to South America in the 19th century. (3, 4)

In the United States, the National Institute on Drug Abuse (NIDA) is conducting studies (animal and human) on chemicals found in marijuana and the following conditions:

For more information on these studies go to http://www.drugabuse.gov/drugs-abuse/marijuana/nida-research-therapeutic-benefits-cannabis-cannabinoids

Marijuana, substances in marijuana and Diabetes

The following studies (animal and human) took place to evaluate potential benefits of marijuana or compounds contained in marijuana.

1.     In a cross sectional study that used data from the National Health and Nutrition Examination Survey (NHANES) III, records from 10,896 subjects were studied to determine if there was an association between diabetes mellitus and marijuana use.  The conclusion from this study was that the use of marijuana was associated with a decrease in the frequency of diabetes mellitus. The authors mention that studies are needed to find out if there is an underlying relationship between cannabinoid receptor activation and diabetes. The authors do not suggest using marijuana in people who are at risk for developing diabetes at this time.  The amount of marijuana used, the time used and when the subjects quit using the substance was not reported in the data. (9)

2.    In a 2010 study of mice with blood glucose over 250 mg/dl it was found that cannabidiol (a chemical found in marijuana) lessens diabetes induced left ventricular dysfunction. It also decreased diabetes induced myocardial dysfunction, myocardial inflammation and diabetes induced cardiac fibrosis.  This is important because cardiovascular problems are the leading cause of death in people with diabetes. Please note that cannabidiol does not have psychoactive properties and is not known to cause cardiac toxicity. This study points to potential use for treating some of the complications of diabetes. More studies need to be done. (10)

3.    It has been shown that inhaled marijuana decreases eye pressure in up to 60%. This may help people with diabetes who suffer from glaucoma. In some countries there is a medicine that is in the form of an eye drop made from compounds found in marijuana which helps many people. Cannabidiol, may help protect the retina of the eye and help prevent blindness from diabetic retinopathy by helping to reduce inflammation. There is a great need for research in this area. (11)

The University of Washington Alcohol and Drug Abuse Institute has a fact sheet that reviews possible long term effects of using marijuana. These include:

For a link to this fact sheet click here: http://adai.washington.edu/marijuana/factsheets/whatiscannabis.htm
For more information on physical effects and risks of marijuana, click here: http://www.webmd.com/mental-health/addiction/marijuana-use-and-its-effects

As you can see from the studies on marijuana and substances in marijuana, much more research needs to take place. There are many potential benefits of compounds found in marijuana for people with diabetes.  Do not take it upon yourself to use this substance without consulting your physician to give you medical advice and your lawyer to give you legal advice.