The Possible Relationship of Bisphenol A (BPA) and Phtalates to Diabetes

I get questions in many ways; sometimes on forums for diabetescare.net, sometimes from my patients or clients and sometimes from friends. Recently I had a question about BPA and phthalates from a friend. What are they and have there been any studies on a relationship between these chemicals and diabetes or health in general? I thought you all might like to know about the answer to this excellent question. 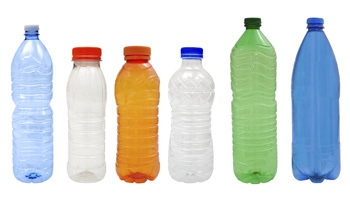 BPA is a chemical compound that is used in the manufacturing of polycarbonate plastics and epoxy resins. It is used in many useful items including eyeglasses, parts of our cars, medical supplies and bullet-resistant security shields. (1)  In the manufacturing process of foods, BPA is often a part of the sealant of liners in canned foods (since the 1960’s). Older baby bottles, containers made for small children, sippy cups manufactured before July of 2011 and plastic refillable water bottles made before July of 2012 also may contain BPA. Something that you may not suspect that contains BPA’s is cash register receipts. If an item has the resin code 3 or 7, the product may contain BPA. It is useful to note the resin codes 1,2 and 5 are BPA free. (2,3,4)

Many people are exposed to BPA through eating food and drinking beverages that has leached from plastic tableware, storage containers, bottles and cans into a liquid. The National Institute of Environmental Health Sciences (NIEHS) states that the degree that BPA leaches into liquid depends on the temperature of the liquid in the container. (5)

Why do people have concern about BPA?

In the United States, the National Toxicology Program (NTP) is an organization that spans across the Department of Health and Human Services. One of its goals is to provide information to the public as well as health regulatory agencies and the scientific community on toxicology research and potential toxic chemicals. (6)

A Study measuring BPA in 219 pregnant Dutch women’s urine found: values of BPA in the urine may impair fetal growth. More studies need to be done. (8)

The Food and Drug Administration (FDA) in the United States considers BPA safe at the low levels that occur in some foods. They support ongoing studies of the chemical’s safety. You can review the FDA’s current findings from studies that have been carried out as well as additional studies that are ongoing.

Phthalates are other chemicals involved in making plastics. They help to make plastics more flexible so they do not break easily. They are sometimes found in plastic containers and plastic children’s toys. For more information on phthalates visit the Center for Disease Control website. Resin codes 3 and 7 are more likely to contain phthalates. (9)

An arm of the Nurse’s Health Study measured BPA and 8 major phthalate metabolites among 971 type 2 case controlled pairs. Conclusions drawn were that BPA and phthalate exposure may be associated with type 2 diabetes risk among middle age women. The findings were not applicable to older women. The researchers did not know if the difference was due to menopausal status or chance. The researches advise more studies to be carried out on these findings. (10)

A small study analyzing urine from 22 women with gestational diabetes and 72 controls did not find a relationship between urinary BPA levels altered glucose metabolism during pregnancy. (11)

In mice that had long term BPA exposure of 3 times the tolerable daily intake recommendations pf 50 µg/kg, spontaneous diabetes development was accelerated. This may be especially relevant to type 1 diabetes. More research needs to be done. (12,13)

In 2013, the journal “Pediatrics” published two articles on BPA and phytalates. The researchers found an association between BPA levels in the urine and increased body fat in children age 6-18 years. The researchers studied the urine of 3370 children with both Body Mass index (BMI) data and urine BPA data.

As you can see, I can’t give a definitive answer to my friend’s question. Much more research needs to be done in this area of toxicology. I can tell you what is recommended for consumers who are concerned about their exposure to these chemicals by the FDA.

Look at the resin codes on plastic labels. Avoid those with recycle codes 3 and 7 as they may contain BPA and phthalates.

Throw away any plastics with scratches. These containers may lead to a greater release of these potentially harmful chemicals. (15)

My own recommendation is to limit small children handling cash register receipts.

I do not have the answer to what we should do about these chemicals. I encourage you to keep up with the research and to make an educated choice. For those of you in Europe, BPA is allowed in products that come in contact with food. BPA is no longer allowed in the manufacturing of baby food bottles after 2011. (16)