The Frightening Increase in Diabetes Rates

Predictions of people developing diabetes in the near future indicate an alarming rate of increase. The Centers for Disease Control and Prevention (CDC) in the United States published new, frightening statistics that approximately 40 percent of all adults will develop diabetes during their life. (1) This means that for every group of 10 people, 4 people will develop diabetes. In some populations the risk is even higher. It is predicted that in people of Hispanic heritage and non-Hispanic black women, over 50 percent will develop diabetes.  (2) Over the last 30-35 years the number of people diagnosed with diabetes has increased by 20 percent. (3) 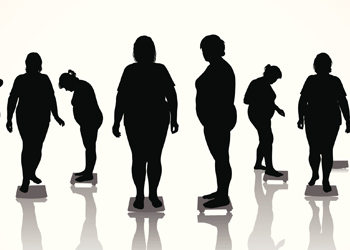 Do you know the top reason for the increase in the number of people developing diabetes?
It is Obesity!

Studies looking at obesity and diabetes

Obesity studies have been conducted on the Pima Indians in the country of Mexico and in Arizona (in the United States). It has been shown that one-half of adult Pima Indians in Arizona develop diabetes and of these people, 95 percent are overweight.  Studies have been taking place over the past 30 years.  It is proposed from these studies that before weight gain happens the overweight people have a metabolic rate that is slower than others of the same weight. If the people with the slower metabolic rate have a genetic tendency to retain fat and eat a high fat diet, it may be the cause of the epidemics (both obesity and diabetes) seen in the Pima Indians. The Pima Indians have a rich history of periods of feast and famine. It is thought that they have a “thrifty gene” that helps them gain weight when there is enough food to save up for the period of little supplies. As this tribe no longer needs to exert the many calories needed to obtain food and that they adapted to the Western lifestyle with no food shortages with a diet high in fat, their bodies continue to store fat. This had led to the high rate of obesity. Study experts have determined before 1900 the diet of the Pima’s was 15 percent fat and high in starch and fiber. Now the diet is approximately 40 percent fat which consists of foods that make-up the typical American diet.
Research compared the Pima’s in Arizona (eating the Western diet) and those in a remote area of Mexico who followed the diet of their ancestors. They found that with a study sample of 35 Mexican Pima Indian’s only 3 had diabetes and the population was not overweight. This is 8.6 percent of the population.  The researchers concluded that if the tribe in Arizona could follow the exercise patterns and diet of their ancestors, they most likely would reduce the amount of diabetes and the severity of this disease in this tribe of the Native Americans. (6)

In the United States, researchers study what is called the “Diabetes Belt”. This area of the county is located in 15 states (mainly in the south east but leading up and including Pennsylvania and Ohio). It has been found that 11.7 % of the people in this area has diagnosed diabetes compared to 8.5 % of the population living elsewhere. Research findings conclude that diabetes risk can be reduced by losing weight if needed and becoming physically active. It is proposed that if people increase their activity level (inside belt has lower rates of activity than outside the belt) and decrease their body size, then a decrease in the rate of diabetes by as much as 33 percent will follow. Community designers should look at ways to help encourage exercise and improving nutrition habits. (7)

Conclusions from the Diabetes Prevention Program research trial recommend that if a person is obese or overweight, losing 5-7 percent of body weight and exercising moderately for at least 150 minutes per week will help reduce the incidence of diabetes by approximately 60%. (7)

Factors that potentially increase calories consumed by individuals, decrease the quality of the foods and potentially lead to diabetes include the increasing habits of dining in restaurants, drinking beverages high in sugar, eating large portions, eating refined carbohydrates and eating fewer whole grains. (1) Diabetescare.net has a vast amount of information to help people prevent diabetes and for people with diabetes, manage the disease. Check out some of our articles on preventing type 2 diabetes: