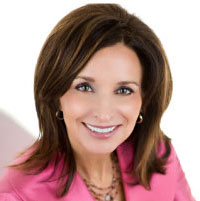 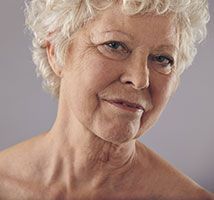 Whether it be dealing with weight gain, distorted views of body image, menopause, loss of libido, or other issues, older women may not feel as confident about their bodies. Body image is a broad term and it encompasses these main points:
•    How important our physical appearance is to us (the less the woman identifies with her interests and intelligence, the more difficult aging will be for her).
•    How we see our “real bodies” as compared to when we look in the mirror, touch ourselves, smell ourselves, exercise ourselves, etc. (Obesity is largely a disease of addiction. Addicts are in denial. Many of my obese patients have never looked at their body from the neck down).
•    How we feel others perceive us (the patients that grew up in critical families or suffered abuse are more sensitive to how others judge them).
•    How we compare to others’ bodies and then how we judge that.

We are not born with a body image; we learn it by the people who surround us. It is also determined by the society we live in as what is valued at that time. Look at the media, magazines, store windows, television, the Internet and commercials, what do you think is the current body image projected for women?

Beginning in the 1960s, feminists began to educate women more to touch themselves and to satisfy themselves sexually. They were also encouraged to teach their husbands how to touch them and satisfy them. This had a huge impact on women’s body images, and the many books that followed also made women feel better and more powerful in regards to their bodies.

The study of body image and sexuality is complicated as many women may be shy and inhibited in public, but not in the privacy of their room. Body image is subjective, and therefore, women may find sex enjoyable once they begin having sex, and feel secure about their ability to orgasm while still saying they “hate” their bodies. The journal Bariatric Times reported that women who feel obese noted a decline in their sexual libido and also felt embarrassed in regards to their bodies and the way they look while having sex.

A study appearing in the current issue of The Journal of Sex Research, lead by Dr. Patricia Koch, surveyed heterosexual Caucasian women, 21% of whom said they were pre-menopausal, 63% said they were undergoing some menopausal changes (perimenopausal) and 16% were post-menopausal.

The results showed that, regardless of the woman’s age or menopausal status, she was more likely to consider herself more attractive when she was 10 years younger. Nearly 21% of the respondents could not think of even one attractive feature, and reported an overall sense of dissatisfaction with their bodies. The survey participants were most dissatisfied with their stomach, hips, thighs and legs – the parts of the body that gain weight with age. The researchers contend that the Western World’s infatuation with youthful slender bodies creates anxiety about aging, and pressure for older women to disguise what are otherwise normal changes.

Most interestingly, the more a woman perceived herself as less attractive, the more likely she was to report a decline in sexual desire or activity. Nearly 70% of the women reported one or more changes in their sexual response, usually desiring sex less and engaging in sex less often. Encouragingly, despite these changes in desire, the women reported that when they did have sex, there was a high level of enjoyment.

Below are some common feelings reported to me during counseling, by women who feel bad about their bodies, in regard for their desire to have sex:

•    “I feel fat. I feel like my tummy sticks out and it isn’t attractive. My husband tells me he loves me anyway, but I don’t love me.”
•    “If my legs were thinner, I would feel sexier. My legs use to be long and slender. Now I notice edema in the evenings. No one else can notice it, but I know it is there.”
•    “My husband has never seen me naked.” I asked, 'Never? How long have you been married?' She replied, “22 years.”
•    “My skin is so dried out. It doesn’t look the same. When I am lying on my back it is better, so I refuse other positions because I know how it looks when it sags.”
•    “I haven’t looked at myself naked in over 12 years.”

In order to overcome some of these negative thoughts, here are some tips to help women enjoy their sexuality as they age:

Viagra vs. women’s libido medication. What comes first, the chicken or the egg? If the relationship is part of the problem, this could be medicating the perfect storm. Maybe, instead of hormones, we should consider addressing body image, insecurity and the lack of confidence.

Women should be encouraged to go naked in the privacy of their homes. The more women are comfortable with their nude bodies, looking at them, and touching them, the more they will begin to “normalize” unrealistic expectations.

Encourage celebrities, by making a conscious effort to write to the editors to look more real. Celebrities such as Jamie Lee Curtis and Oprah have helped inspire what women look like in their 50s and beyond. Dove commercials are attempting to show what “normal bodies” look like.

Try yoga and other sports. The more women engage in sports, the more body awareness they experience. This translates into more confidence in their bodies.

Women should talk about their relationships. Do they feel comfortable with their partner? Do they feel free to be who they want to be? More than 40% of obese women have been sexually abused. This is a huge libido killer and destroys their body image.

Infidelity kills body image, self-esteem, and confidence (especially in mid-life). Just as body image was taught to you as a child, it can be re-taught, practiced and learned as an adult.

Experiment with your sex life. Different rooms, different lotions, sex toys, and talking to your partner about spicing up your sex life.

Many issues with body image and sexuality can be solved between couples. Talk to your mate for 15 minutes of total “tech free” time in regards to your relationship.

Try doing one or several of these aforementioned methods as you will see what works for you. The idea is to try new things that you find enjoyable. If you are in a rut, continuing to do the same things over and over again won’t help you solve any issues.

To learn more about this topic, check out Mary Jo’s website here. For free relationship help subscribe here. You can also talk to her by clicking on “Ask Mary Jo”.