Has a Big Part of the Puzzle Been Solved for a Type 1 Diabetes Cure?

When I was eight years and diagnosed with type 1 diabetes, I remember being very confused and overwhelmed with nurses coming in and out of my hospital room telling me that they were going to give me some inulin and check my blood sugar levels. The only thing that I really understood was a physician telling me researchers were making great strides in the treatment and overall management of diabetes and a cure would be developed in the near future. I was always hesitant when medical professionals would tell me this because I believed it was only said to provide hope. A cure just did not seem like a very real possibility until recently.

Although a cure has not been developed, researchers have devised life-changing technologies that make life much easier to navigate with type 1 diabetes. I can get a blood sugar reading every five minutes that will indicate whether my levels are rising, falling or remaining constant. The technology available is astounding and will only continue to improve. While advancements can enhance the quality of lives for those individuals living with diabetes, they are in no way a replacement for a cure.

I believe the answer to a cure lies in the most innovative, yet controversial treatment option that is already yielding results in other fields. That answer is stem cells. While the research in many fields is preliminary, a large number of researchers believe many health issues could be resolved through stem cells, including finding a cure for type 1 diabetes. The use of embryonic stem cells, while highly controversial, could provide a life-altering solution for millions of people with diabetes.

I recently read an article about the groundbreaking work Douglas A. Melton, PhD has been conducting with researchers at Harvard University to understand the cells and tissues that direct pancreatic organogenesis. Essentially, the researchers found a way to produce large quantities of stem cells needed for cell transplantation and human-producing beta cells that are almost identical to normal functioning beta cells. From a very basic level of understanding, the researchers are utilizing embryonic stem cells to transform them into cells that produce insulin. 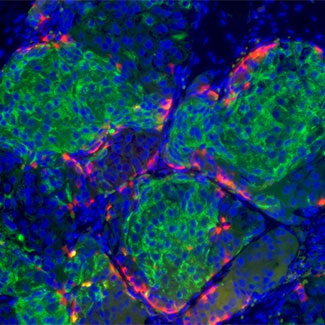 As of now, Dr. Melton and his researchers are in the preliminary trial period and have found that the beta cells implanted in mice have protected the body from immune attacks for many months with the mice continuing to produce insulin. As Dr. Melton stated in Harvard Magazine, "if you could place that cell type back into a person [so] that it was not subjected to autoimmune attack, where it could be healthy and thrive, even outside the context of the pancreas, then you could cure diabetes." The process of developing these cells took years of intense research. Melton and his team studied the genes of beta cells in mice and humans to learn how to manipulate the genes to perform tasks such as producing insulin. 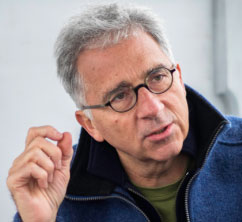 The treatment Melton (pictured, here) and researchers developed is very advanced opposed to past treatments, which derived cells from human cadavers. Melton stated that they understand how to make the cells, but the next part of the solution entails devising a substantial manufacturing practice to ensure the transplantation is within FDA regulations. After a practice is devised, researchers need to find a method to insert the cells and protect them from an immune attack. One viable solution could be a chemically modified alginate that would protect clusters of beta cells.

Melton projects a possible cure could be available within the year.

While the timeline is not set in stone, it gives individuals with type 1 hope. Scientists have created a solution that would diminish the need for manually injecting insulin. There are obstacles to overcome, but this is the first study that provides substantial promise for the future. I can finally say as someone with type 1 diabetes that there is a very real possibility I will live a life without the disease. I am not sure if that will be a year from now, or ten or twenty, but I am sure I will see it in my lifetime. And that expectation of a type 1 cure those physicians spoke of years ago is now one step closer to a reality--thanks to Melton and his team of dedicated researchers.