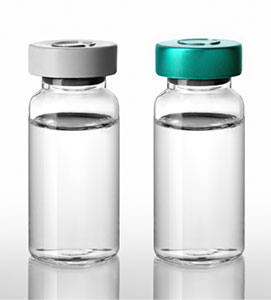 The Food and Drug Administration (FDA) has surprised healthcare professionals when it recently announced the approval of both insulin degludec injection (Tresiba) and insulin degludec/insulin aspart injection (Ryzodeg) 70/30. The FDA refused to approve Tresiba and Ryzodeg two years ago, citing concerns about the drugs’ adverse cardiovascular effects. However, in April 2015, the FDA began reviewing resubmitted regulatory applications for the treatments, which ultimately led to their approvals.

Tresiba is a once-daily basal insulin administered subcutaneously at any time of day because of its duration of action of at least 42 hours. The FDA approved the long-acting insulin analog for adults with type 1 or type 2 diabetes.

Ryzodeg combines degludec (Tresiba), with insulin aspart (NovoRapid), in a single pen injector. The combination of two insulins, insulin degludec and insulin aspart, are in a ratio of 70% and 30% respectively.

I believe Tresiba and Ryzodec offer significant benefits and important treatment options for people with diabetes. In my practice, I often see type 2 patients that simply forget to take their basal insulin early in the morning or at bedtime. With today's varied lifestyles and sleeping habits, I find more patients have difficulty adhering to a schedule of injecting once-daily basal insulin. With a 42 hour half-life, Tresiba presents an alternative for patients who cannot inject basal insulin at bedtime or early in the morning. Those individuals may have the benefit of injecting this insulin in the middle of the day and still be able to reap the benefits of basal insulin before meals throughout the day. I will, however, caution that patients and healthcare professionals need to be aware that a basal insulin product with long duration of therapy may put people with diabetes at higher risk for hypoglycemia especially when exercise is introduced or a meal is missed.

Many patients do not like to inject more than twice daily. However, with poor glycemic control, patients are prescribed a basal and bolus insulin regimen. Ryzodeg offers an opportunity for patients to have a twice daily injection regimen that combines basal and bolus insulin. With longer basal insulin coverage compared with previous NPH insulin/rapid acting insulin products,  patients may observe better glycemic control before meals. In addition, individuals that require more flexibility due to irregular eating habits can also benefit from better glycemic control and an improvement in adherence to their prescribed insulin regimen.